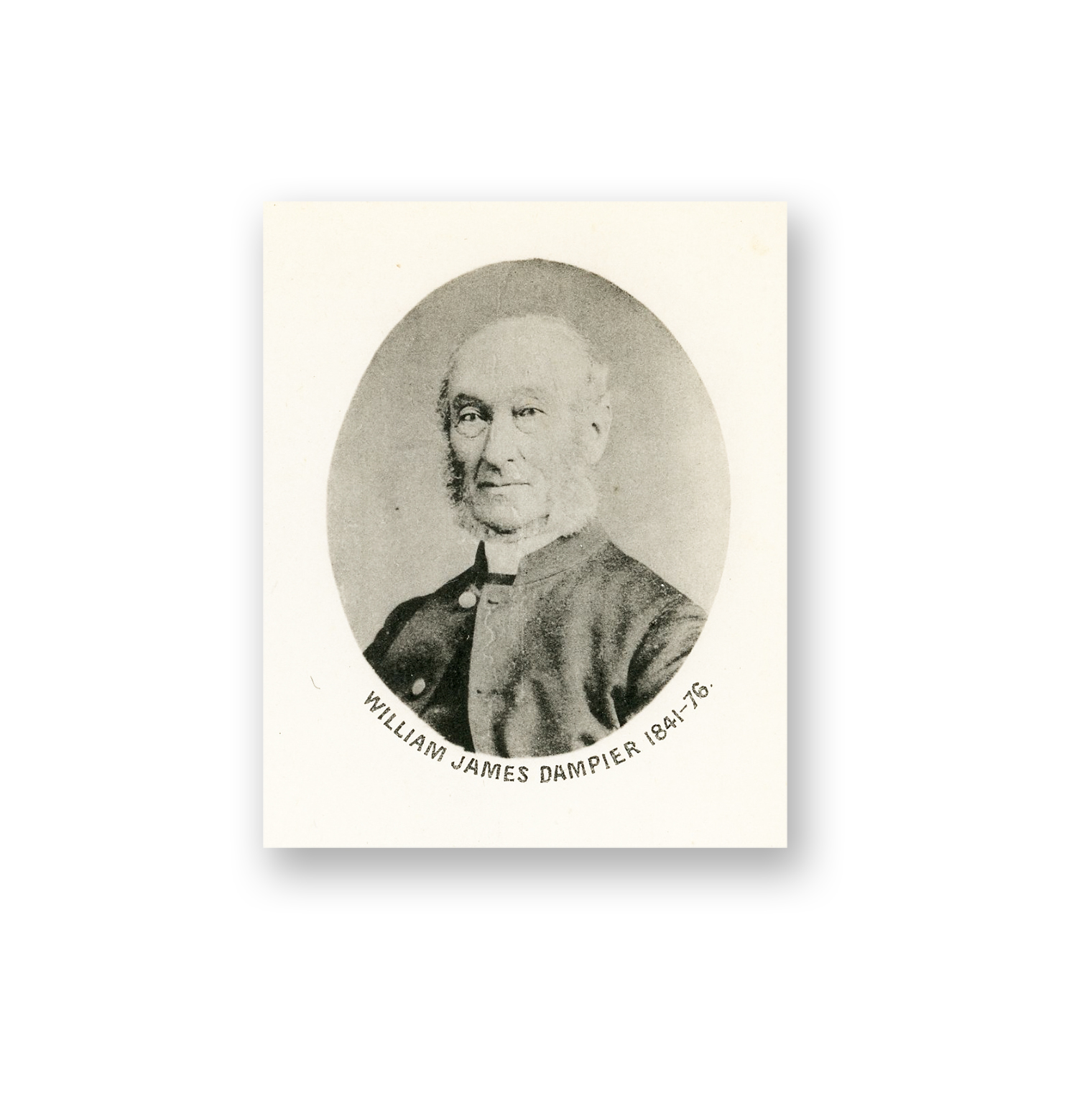 William James Dampier was born at Hackney in 1803. At the age of seventeen he went to the West Indies to study for the Bar and returned seven years later to enter the Inner Temple. He felt called to the ministry and gave up his profession as a lawyer to study for the Church. After learning Greek (a necessity for entry to Holy Orders), he went to Cambridge and was ordained in 1831. He was a curate at Ware when he met and married Elizabeth Martin-Leake, by whom he had two sons and five daughters. 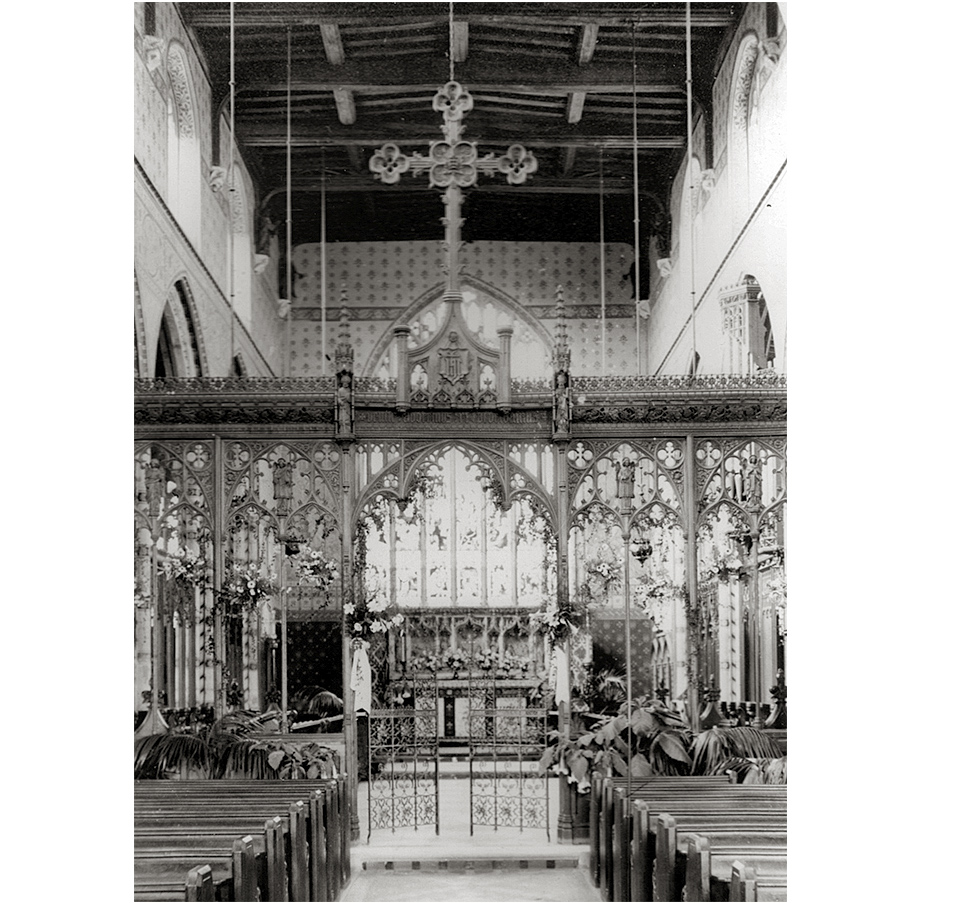 As soon as he arrived in Coggeshall the Rev Dampier made it his task to restore the church which was in a dire state, the roofs of the nave and aisles being unsafe and the buttresses and windows requiring urgent attention. He was greatly assisted in this work by his curate, the Rev. Edward Cutts, who was responsible for raising the estimated repair costs of £4,000 and for giving much valuable advice, being an expert in ecclesiastical architecture. The restoration took place over a number of years and included a new rood screen, choir stalls, east window, organ and organ case and and an extensive scheme of stencil designs and wall paintings at the east end of the church. Edwin, one of the sons of the Rev. Dampier, was responsible for the design of the lych gate at the church. 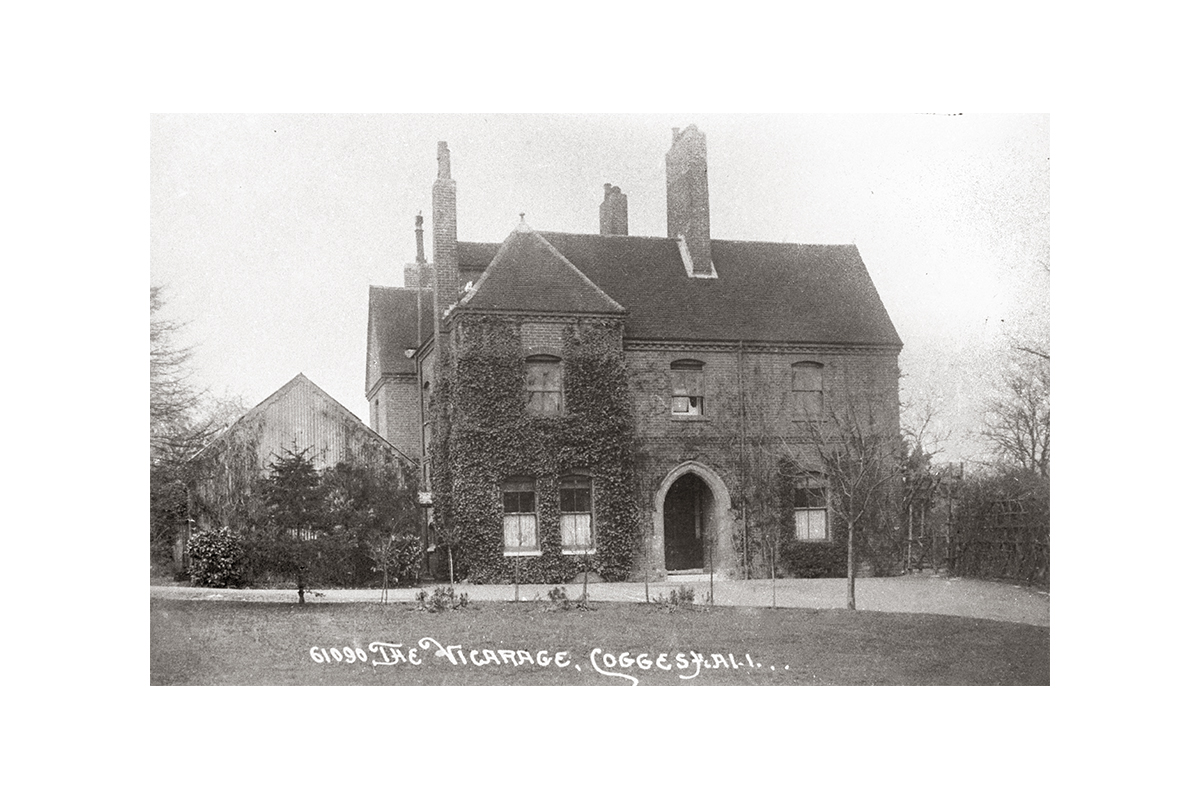 His wife Elizabeth died in 1858, never seeing the new Vicarage that was being built in West Street for the Dampier family. The foundation stone for the house was laid by Isabella Dampier, the second daughter of the Vicar and a parchment recording the event and a coin were placed under the stone. The arms of the Dampier family were carved on the mantle-piece in one of the rooms and in April 1870 the family moved in. By 1875 the restoration of the church was almost complete, but the health of the Rev. Dampier, which had been failing for about a year, finally gave out and he resigned in March 1876. He had been Vicar of Coggeshall for 35 years.

The Rev Dampier died in Ramsgate in 1878 and was buried in the churchyard at Coggeshall next to the graves of his wife and mother-in-law. 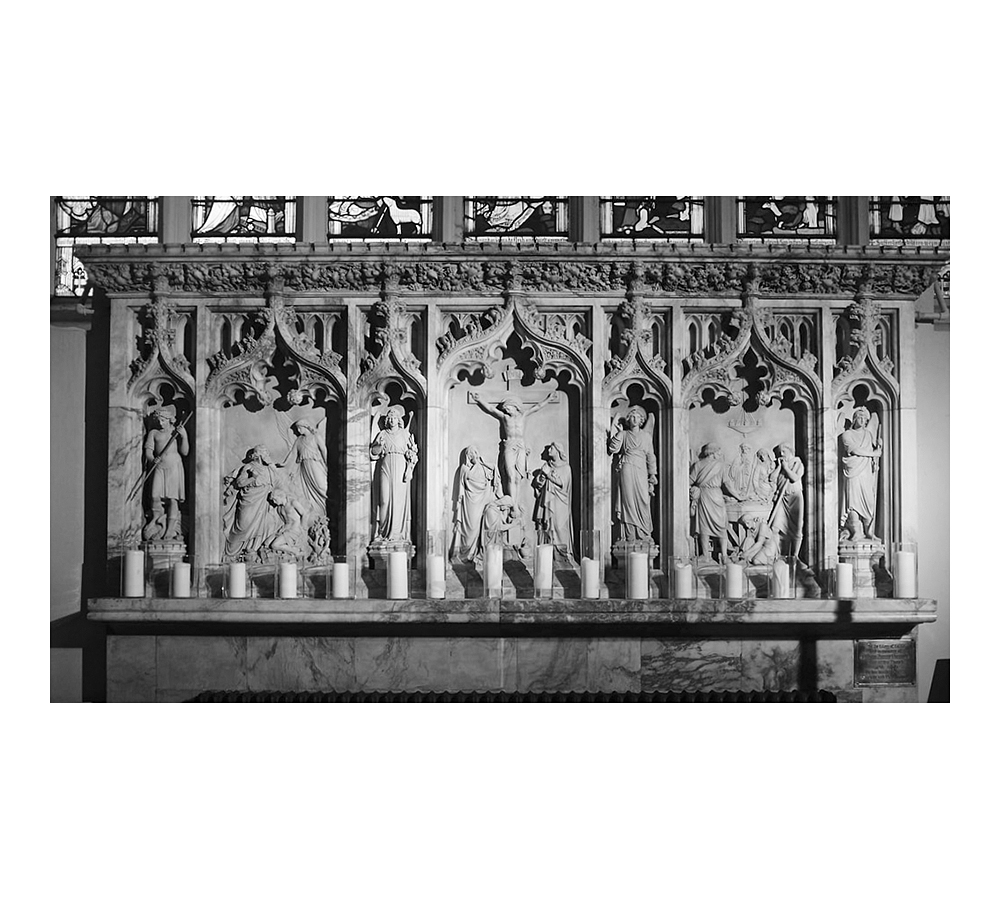 In 1880 a magnificent new reredos was unveiled behind the High Altar and dedicated to the memory of William Dampier. Paid for by friends and parishioners, this fulfilled Dampier’s long-held wish that he was unable to achieve during his incumbency. The reredos was designed by Mr Ewan Christian, the architect responsible for  the restoration of the church and was executed by Mr Forsyth sculptor of Finchley-Road, Hampstead and carved from Caen stone and Derbyshire alabaster. It cost £300 as it left the sculptor’s studio.

The Rev Dampier wrote two books, “The Sympathy of Christ” and a “Memoir of John Carter” (the lip artist), copies of both can be seen in the museum.