For Coggeshall men who lost their lives in two World Wars

These books of Rememberance have been complied by Malcolm and Shirley Ratcliffe.  They are a small tribute to the men whose names are inscribed on the war memorial in Coggeshall so they will be remembered and to give just a brief insight into their lives.

Research has led to the discovery of several men not on the war memorial but whose names are inscribed on family memorials in the burial grounds. Further research revealed that the omission of the names was mainly because they had moved away from Coggeshall, even though some of their family had remained here.

To make research easier these men are listed in a separate section at the end of the war in which they died. 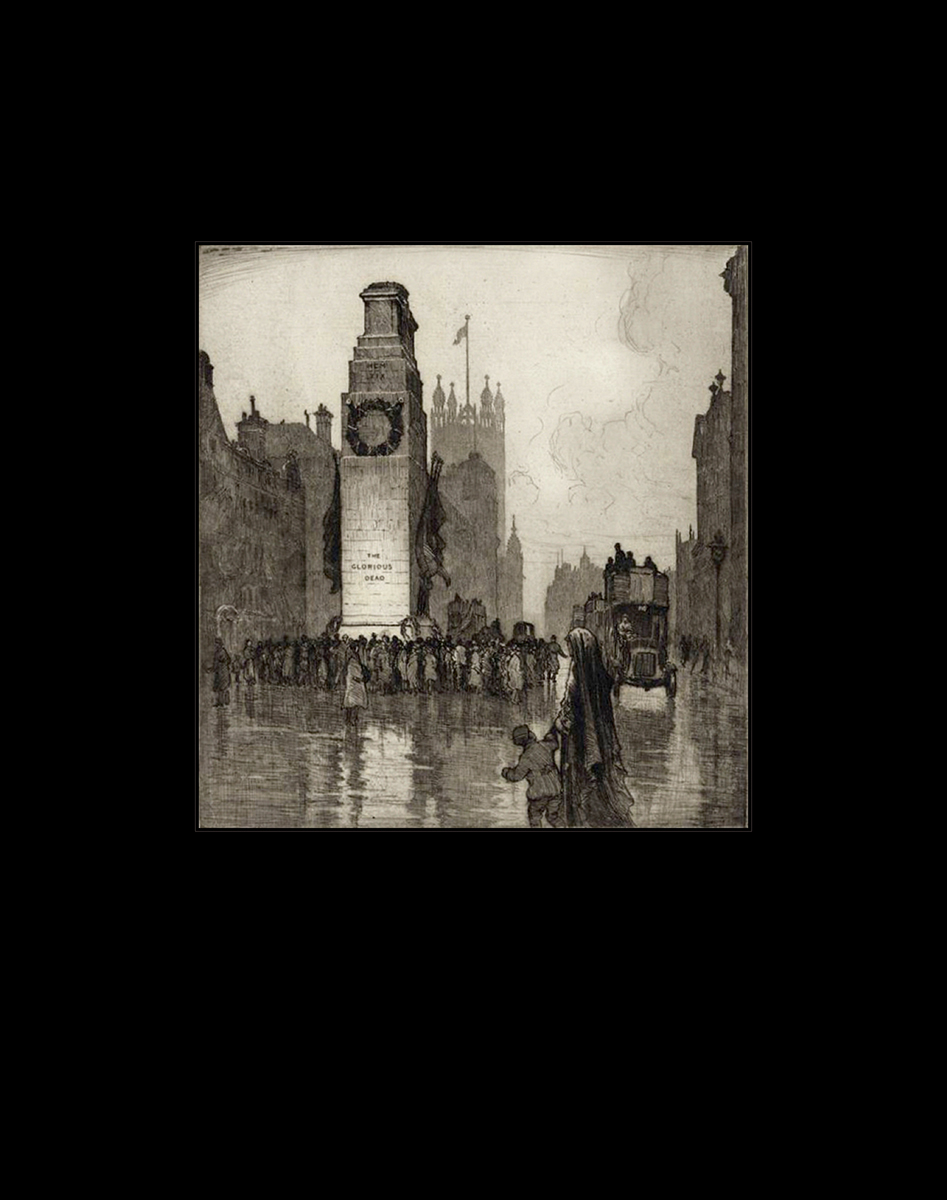 World War I Roll of Honour A – L

The etching of the Cenotaph is by Official War Artist Cyril Barraud who was himself wounded in the Great War and lived in Coggeshall.