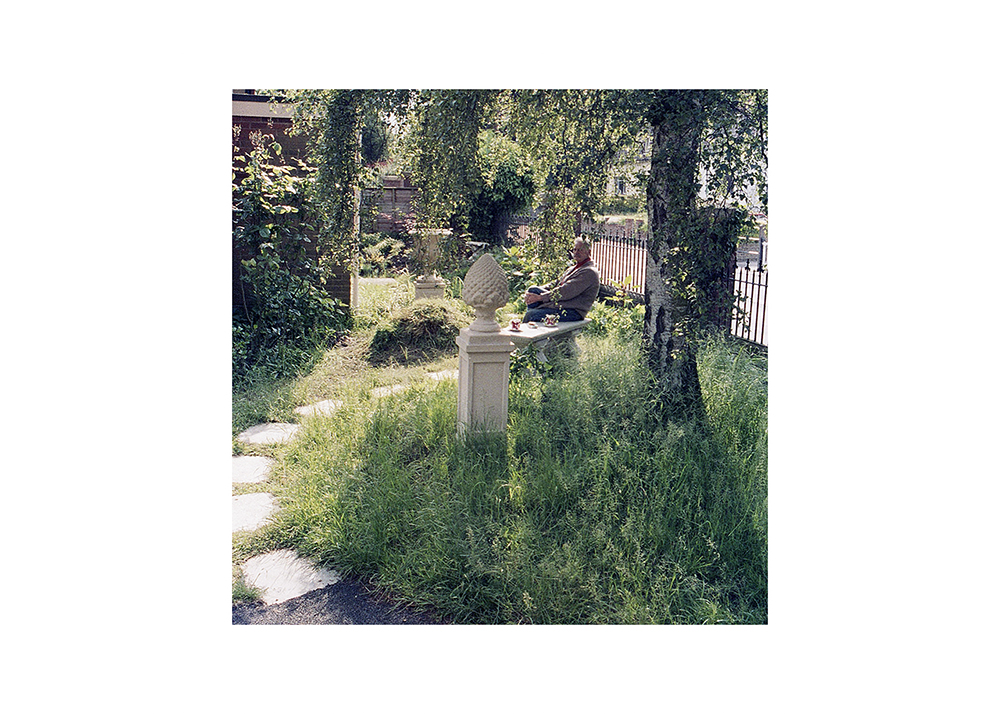 Frank in the garden of his Stately Alms House at Church Green Coggeshall, where he cultivated Daturas.

Able Seaman, Chindit Officer, Hindu monk, businessman, journalist, writer, film extra, prisoner, long-distance cyclist – there were many sides to Frank Baines. He was gay at a time when homosexuality was still against the law. Banished from a childhood paradise in Cornwall following the death of his father, the distinguished architect Sir Frank Baines, Frank roamed the world for many years seeking to regain that Shangri La. The quest took him on the high seas to Australia and South America, and then to the army in India and behind enemy lines into Burma, where he went to war with the Chindits and fell in love with his Gurkha orderly. After the war he settled in a Hindu monastery in the Himalayan foothills, but, restless as ever, he moved to steamy Calcutta. Here he became a businessman, repairing tea chests, and embarked on his writing career, starting out as a journalist and columnist on The Statesman, one of India’s most prominent daily newspapers. Frank returned to England in the mid-1950s and became a successful author.

There is a great deal more to tell but readers should track down his books which are usually available on the online second-hand bookstore, store AbeBooks. Link here AbeBooks UK

And a biography ‘A Life Beyond the Sea’ by Brian Mooney, Thorogood, 2011