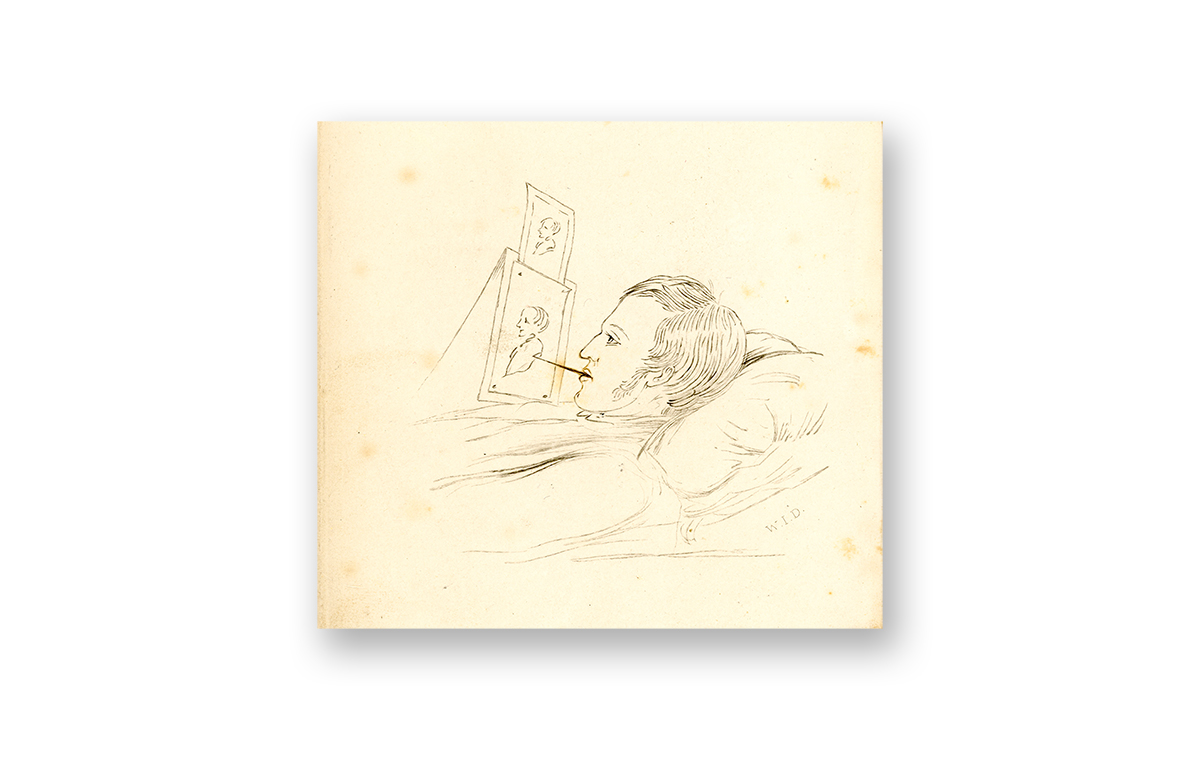 John Carter was born on 31st July 1815. After attending a dame’s school in Church Street, he moved to the  the National school in Stoneham Street until he was nine and finished his education at the Sir Robert Hitcham school. He showed no particular indications of his talent save for some scribblings of animals and birds in his school books.

A drawing of John Carter by the Rev William Dampier.

Leaving school he found work as a weaver’s assistant and then after showing some skill at the loom whilst the weaver was away he was allowed become a weaver on his own account – this was at Charles Beckwith’s silk manufacturing company in Back Lane. in 1835, aged twenty he married a local girl but fell in with a disreputable crowd and spent most evenings drinking in one of Coggeshall’s many public houses.

After a Saturday night of drinking on 28th May 1836 and finding the night clear and bright with the light of a full moon, John and his friends decided to go ‘rooking’ at Holfield Grange. Having climbed to a height of about 40 feet, a branch gave way and John fell to the ground and was knocked senseless with his neck at an odd angle.  His friends carried him home on a hurdle by a round-about route to avoid walking past the gamekeeper’s house.

The surgeon was eventually summoned but the next day it became apparent that he was completely paralysed below the neck and would never walk again and his survival seemed doubtful. John was not yet 21. Against the odds he slowly began to recover.

Six weeks after the accident he and his wife moved to his father’s house for convenience but spent several months  in total despair. He passed much of his time reading, until one day his wife brought him a biography of a young woman called Elizabeth Kinning. She was an inmate of an asylum in Liverpool who lost the use of her hands and had taught herself to draw with her mouth.

This idea excited him and he immediately began to practice, at first using a slate, then with a sheet of paper pinned to his pillow, using a pencil and watercolours. 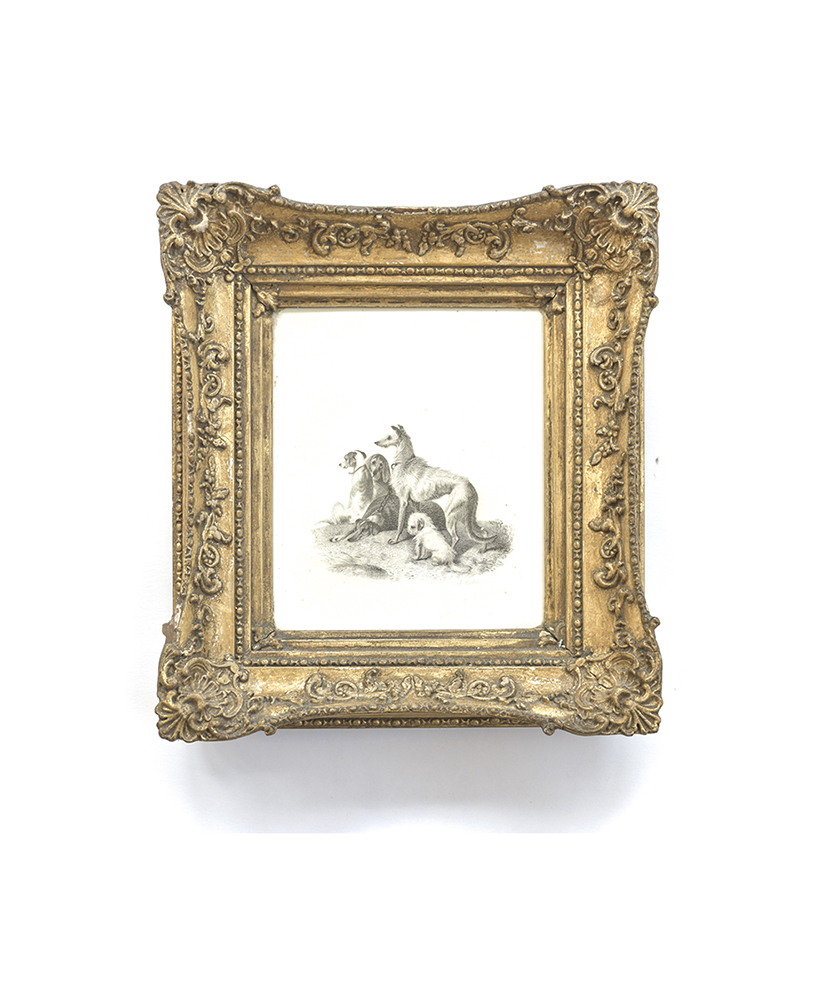 His skill increased apace and he was encouraged by Miss Hanbury from Holfield Grange, who sold his early drawings for one shilling.  After various experiments with different media he decided to concentrate on line drawings. He would first sketch with a pencil and then fill in the fine detail with Indian ink using a fine-hair pencil brush. The posture he adopted to carry out his work was by lying on his side with his head slightly raised by his pillows. A small desk, made under his own instructions, was adjusted and a paper pinned to it.

He only ever drew whilst in bed and then in the company of family and those he knew well. He said that strangers made him so nervous that he could not trust himself with the delicate brush strokes. The brush was constantly taken out of his mouth and refilled by an attendant, most often his wife, and his delicacy of touch and the precision of his work under the most difficult conditions is stunning. John seldom pursued his art during the winter months as he considered the light unsatisfactory.

One of John Carter’s framed drawings,

A constant stream of people would visit many bringing subjects to copy. The artist always considered his best picture was a drawing called “Innocence” after Hermann Winterhalter for Miss White at Highfields. Another of his drawings was presented by the Bishop of London to the dowager Queen Adelaide who passed it on to Queen Victoria. 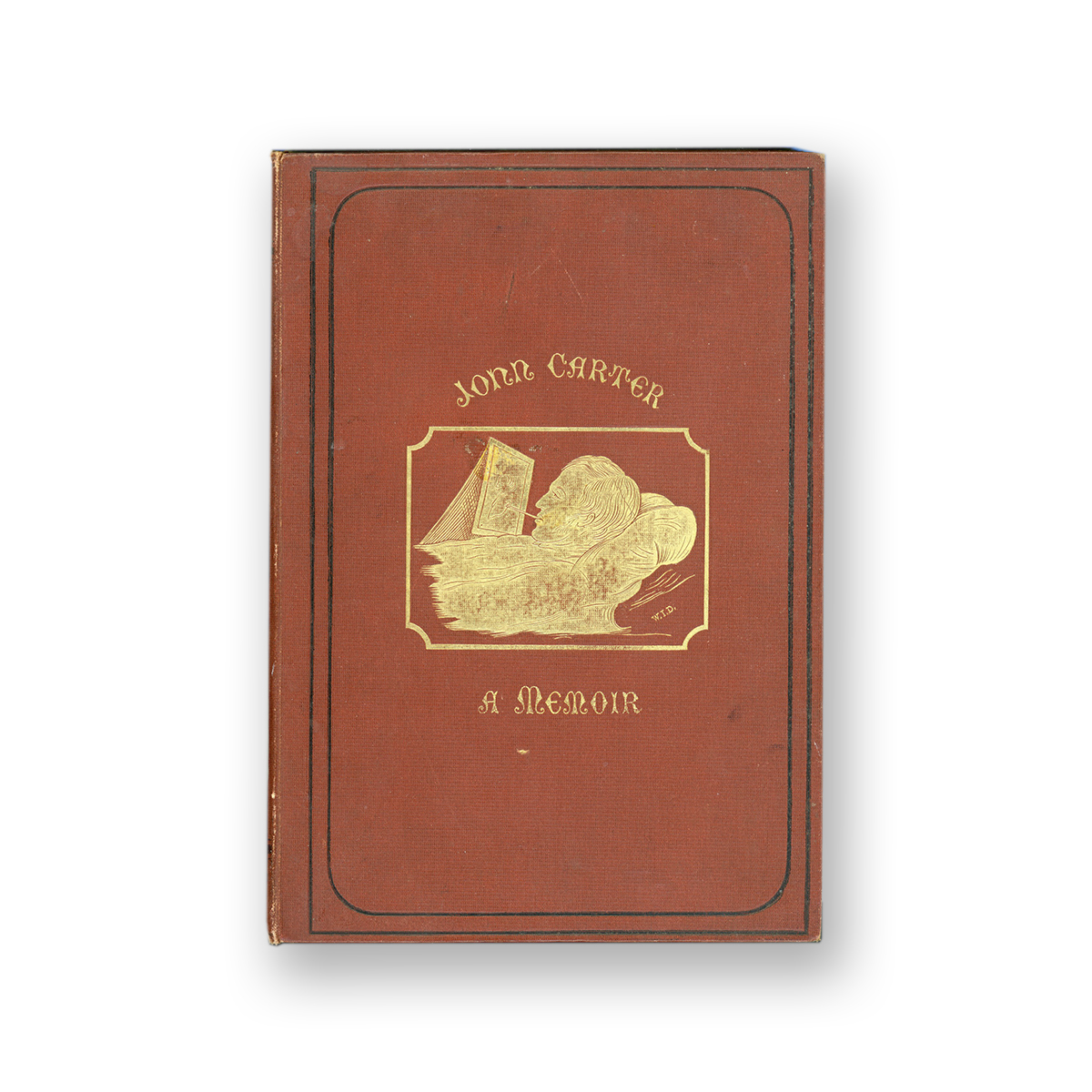 He was attended by his wife Lucy until 1841 when she died prematurely from heart disease. From this time on his sister Hannah became John’s constant companion. She would regularly take him out in the summertime in a cart which had been made for him. The usual destination for these trips was the parish church, John much lamented his earlier life as a wastrel.

It was one of these trips that caused his demise. Wishing to give his sister a break from pushing him, he arranged for his cart to be drawn by a boy and a visiting relative. Unfortunately the boy lost control and the cart turned over. John Carter never recovered from this fall and within two weeks at the age of 35 his life was over.

Right; Cover of a Memoir of John Carter written by the Rev William Dampier.

Shown below are prints taken of John Carter’s original drawings and used in Dampier’s Memoir. 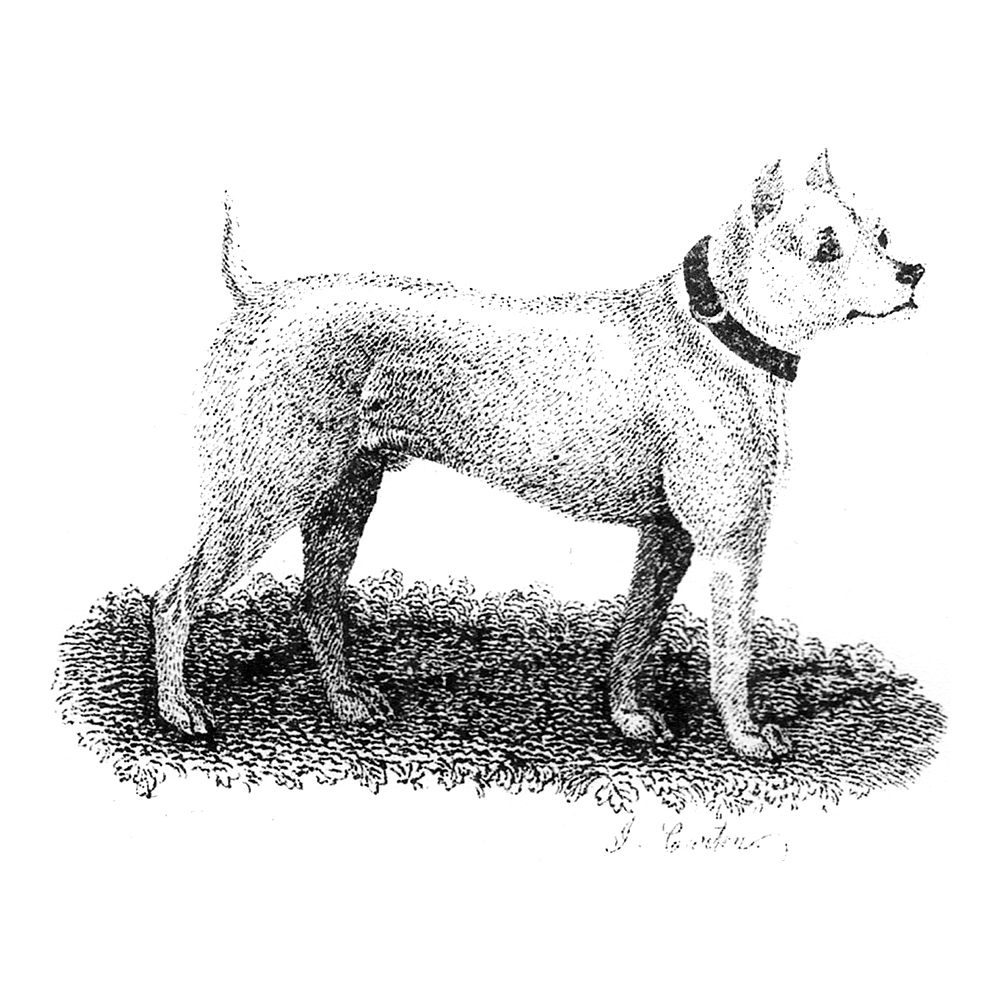 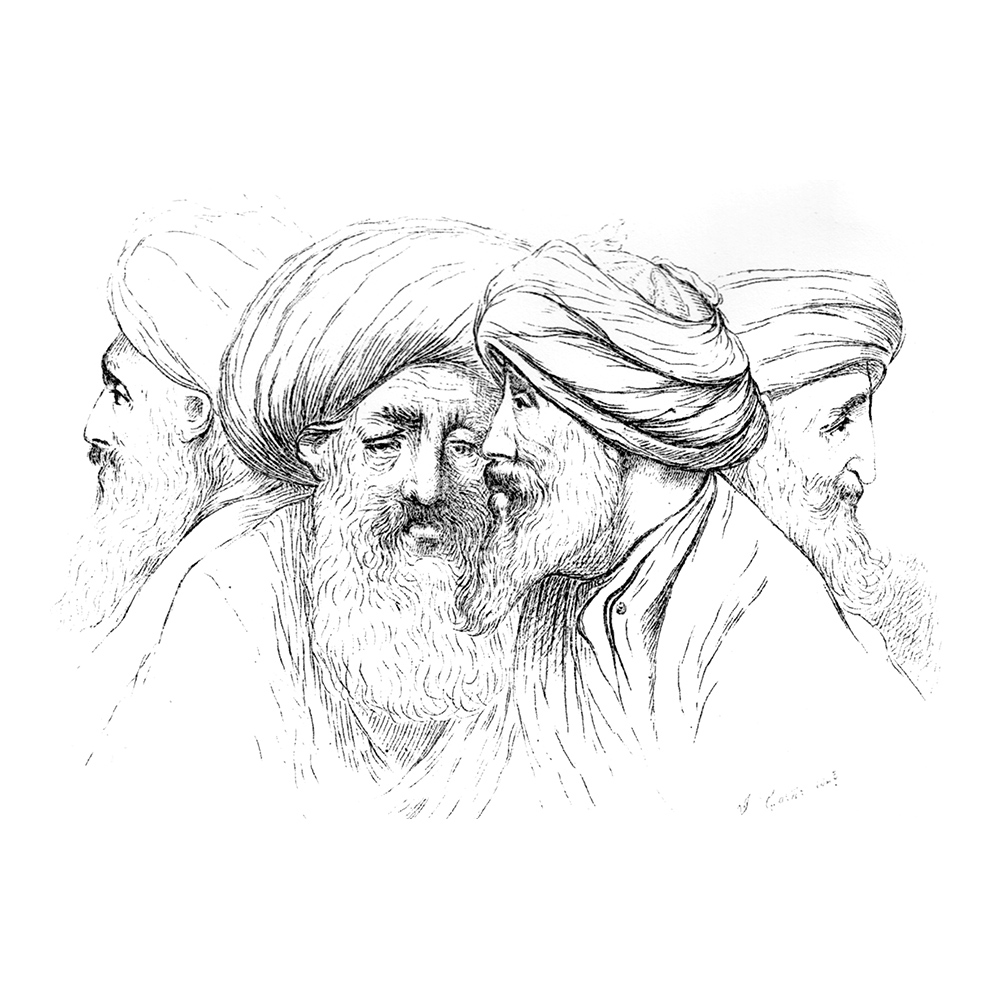 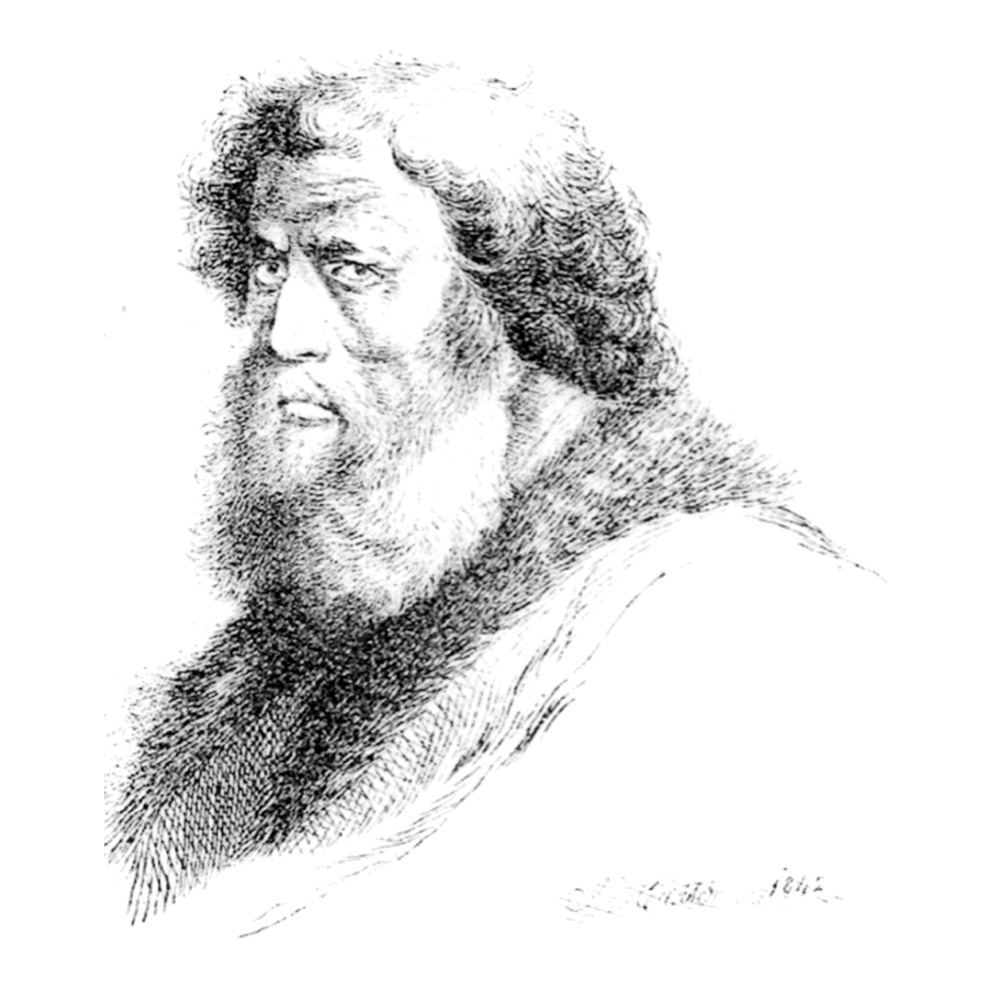 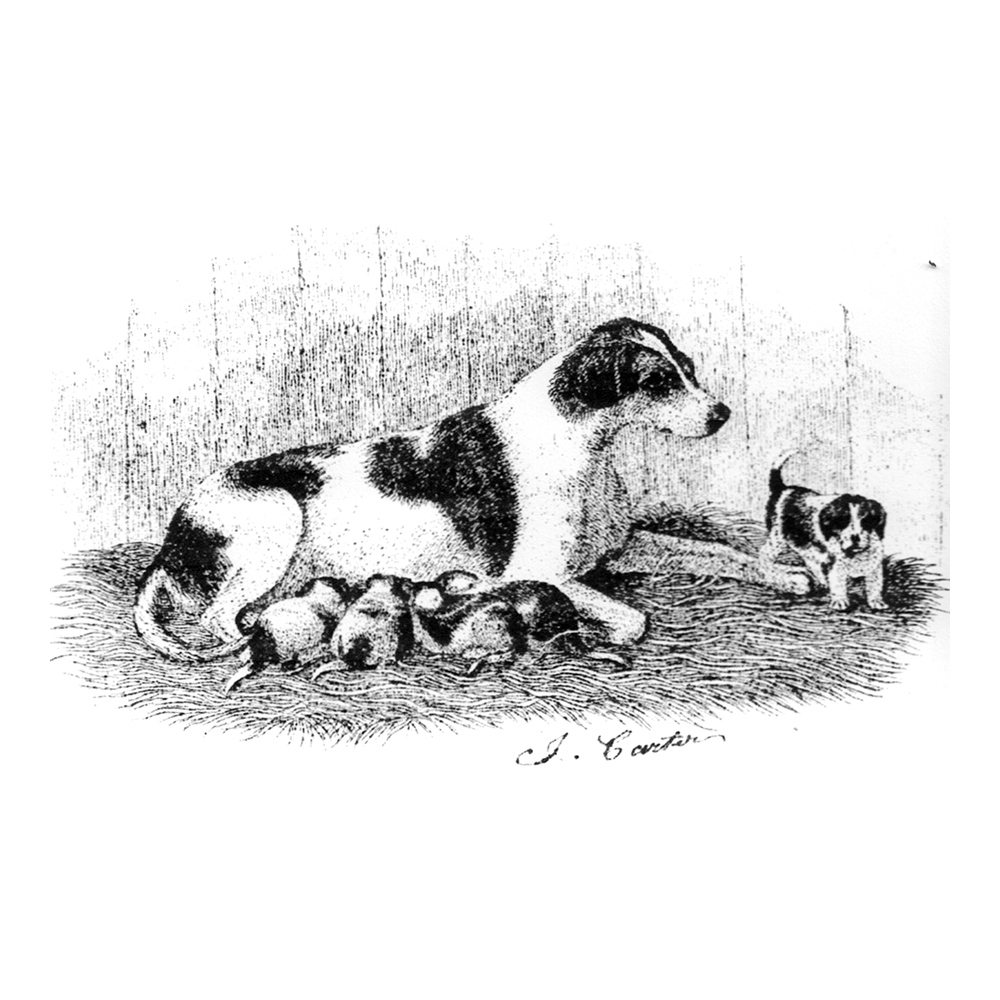 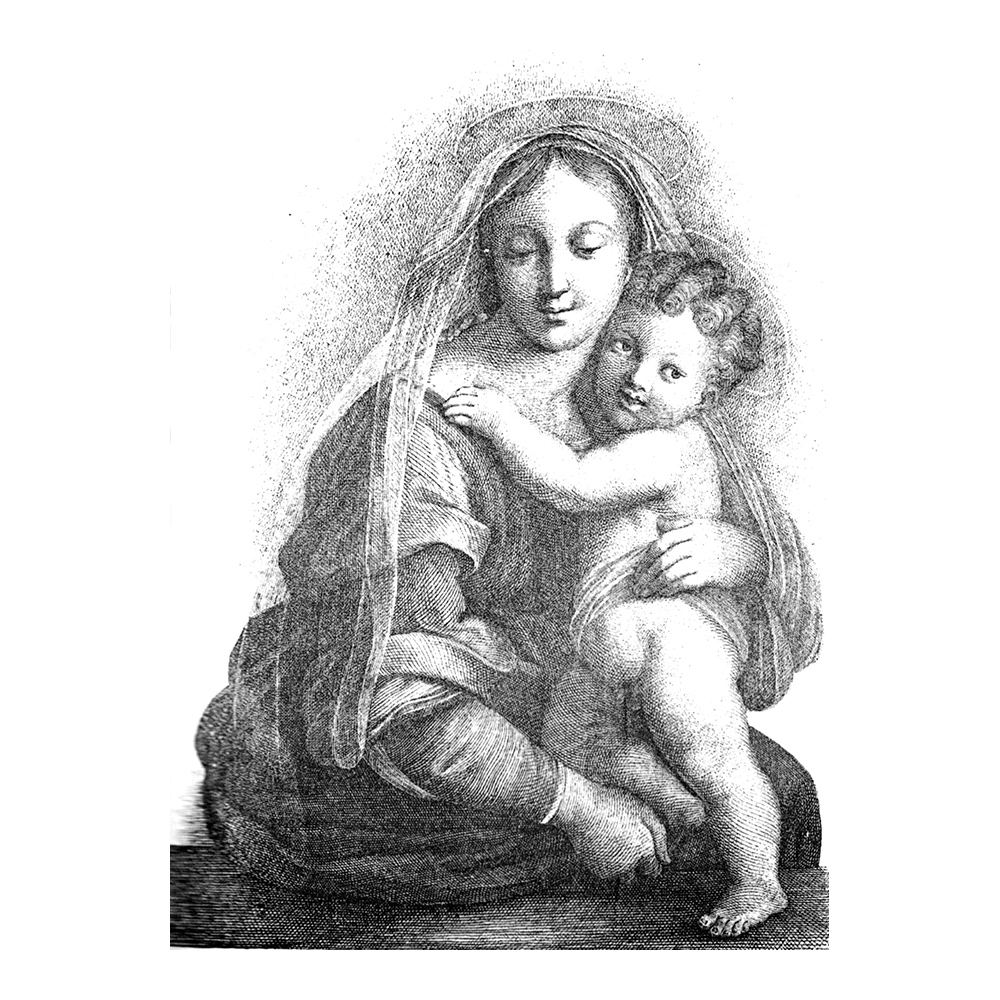 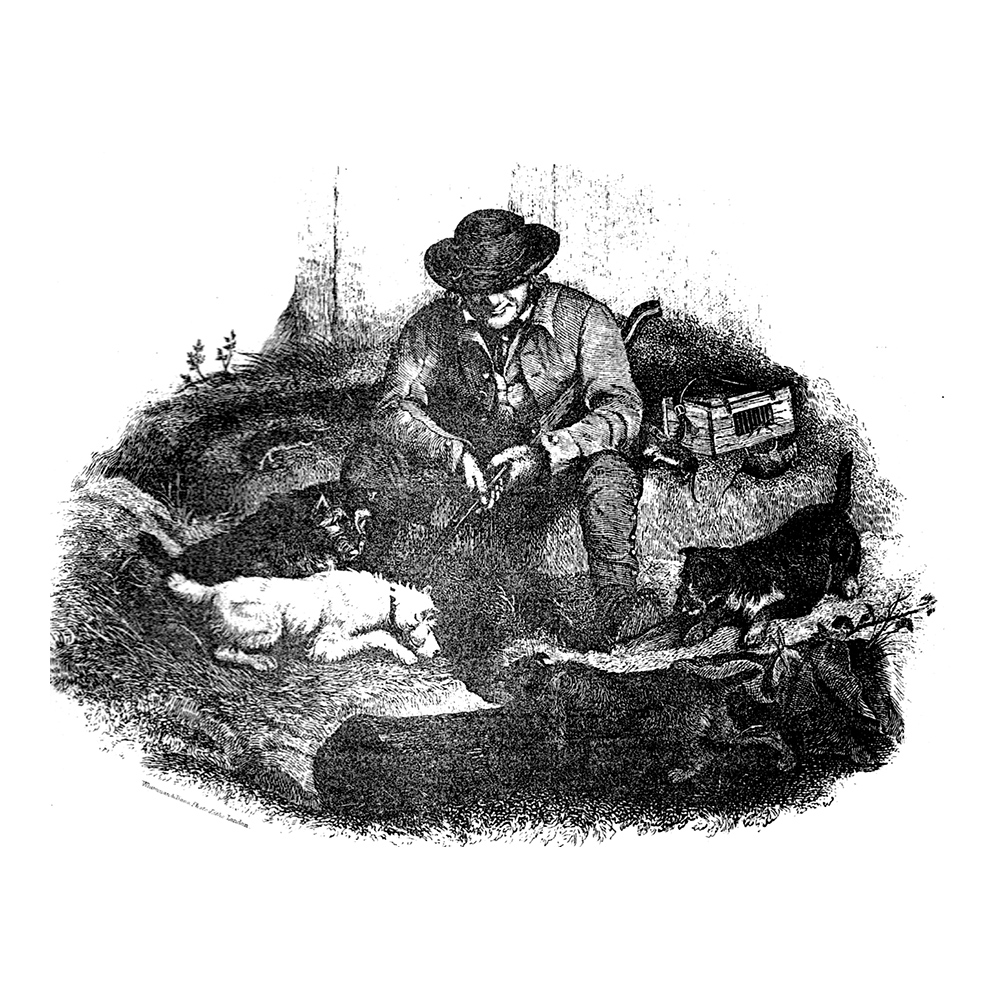 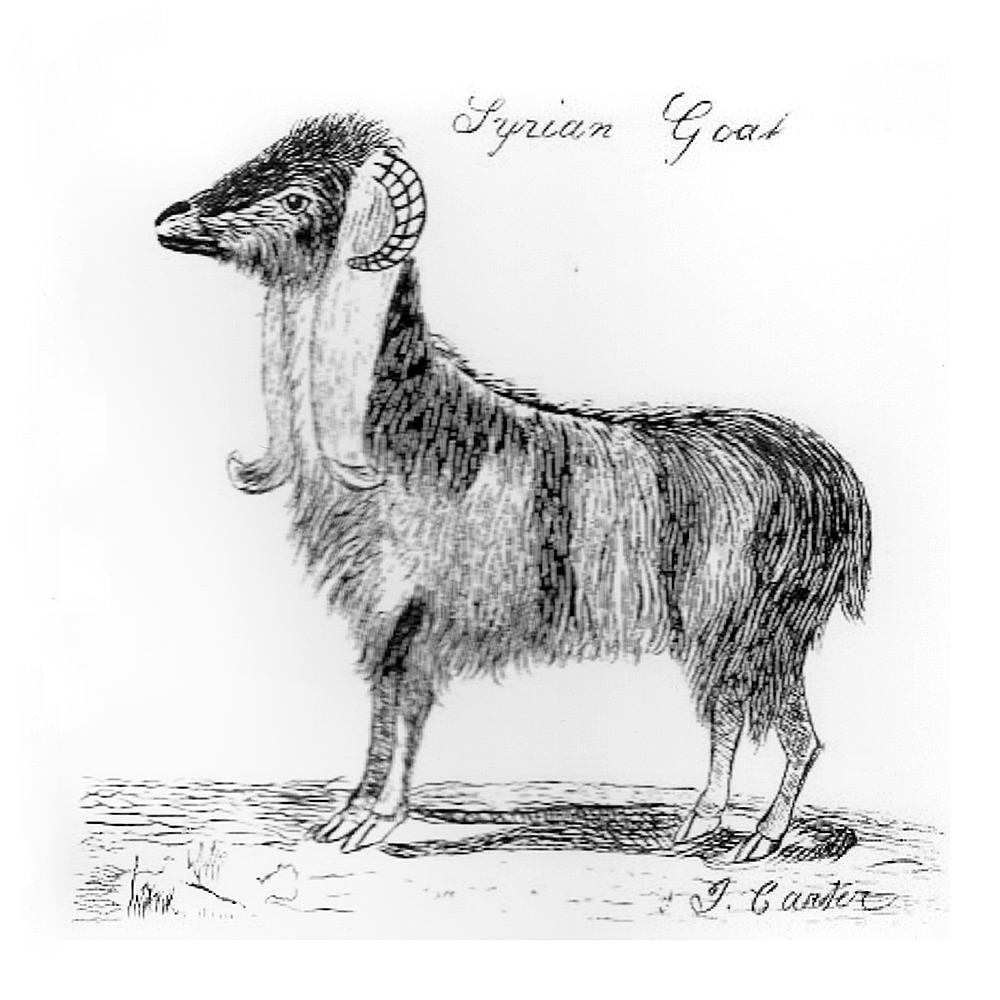 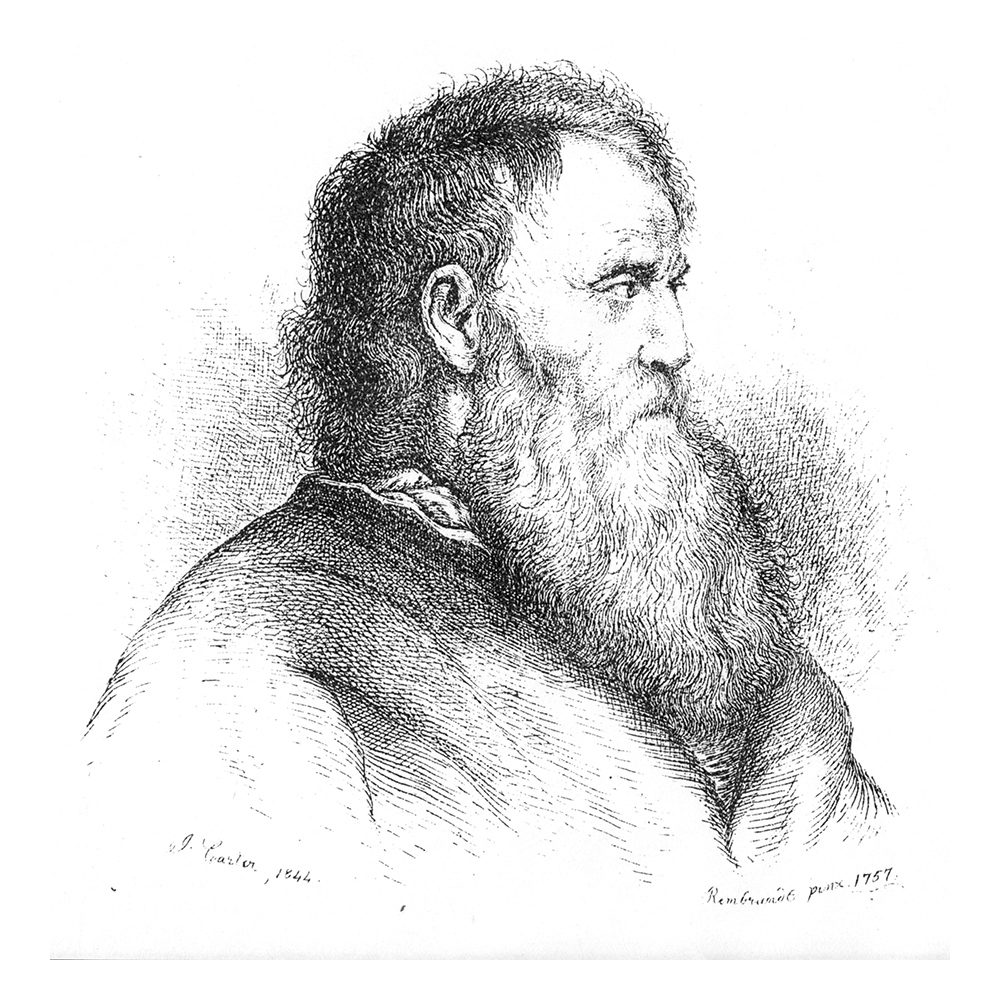 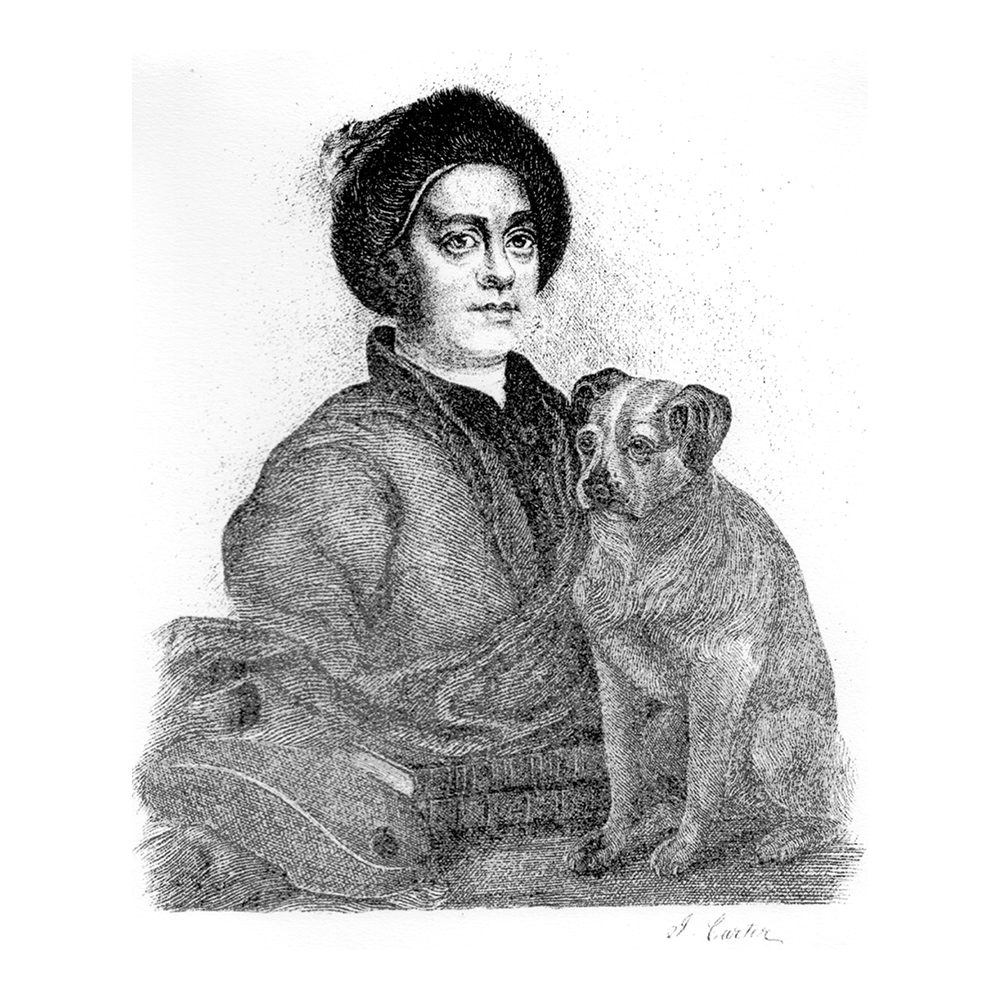 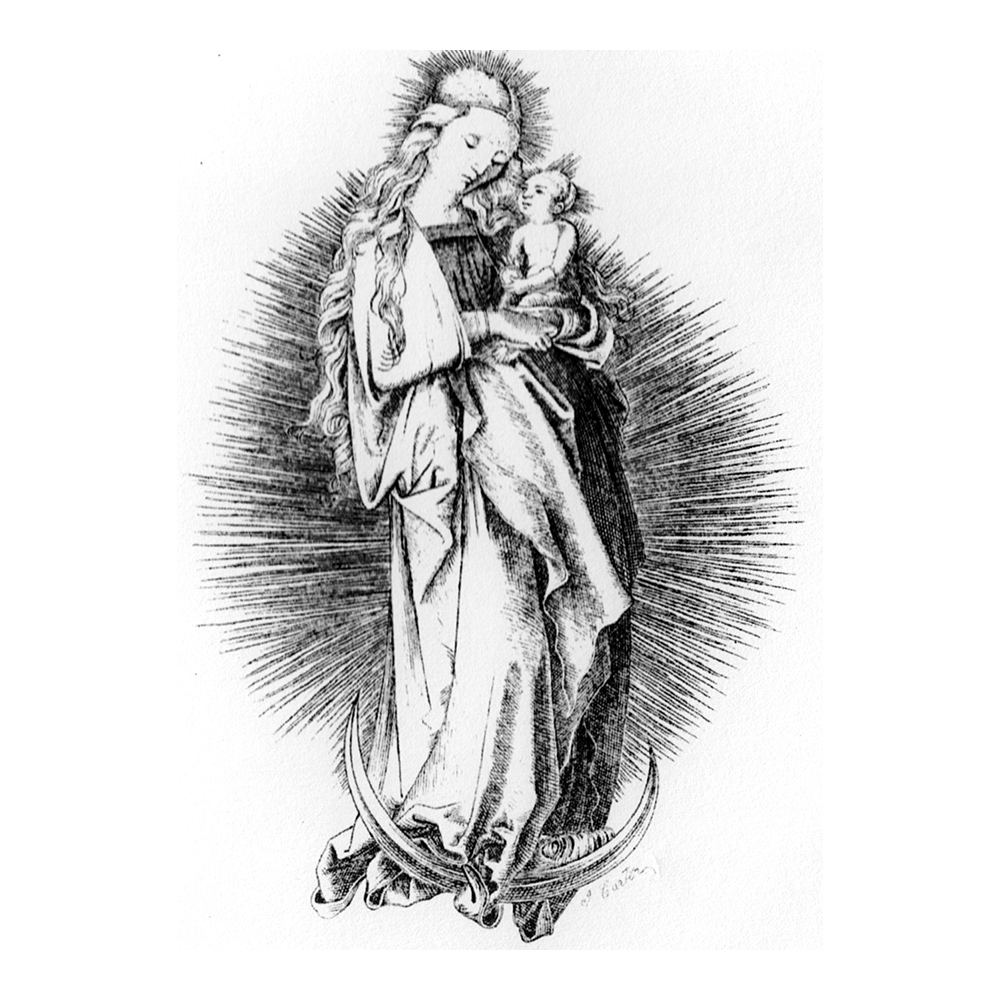 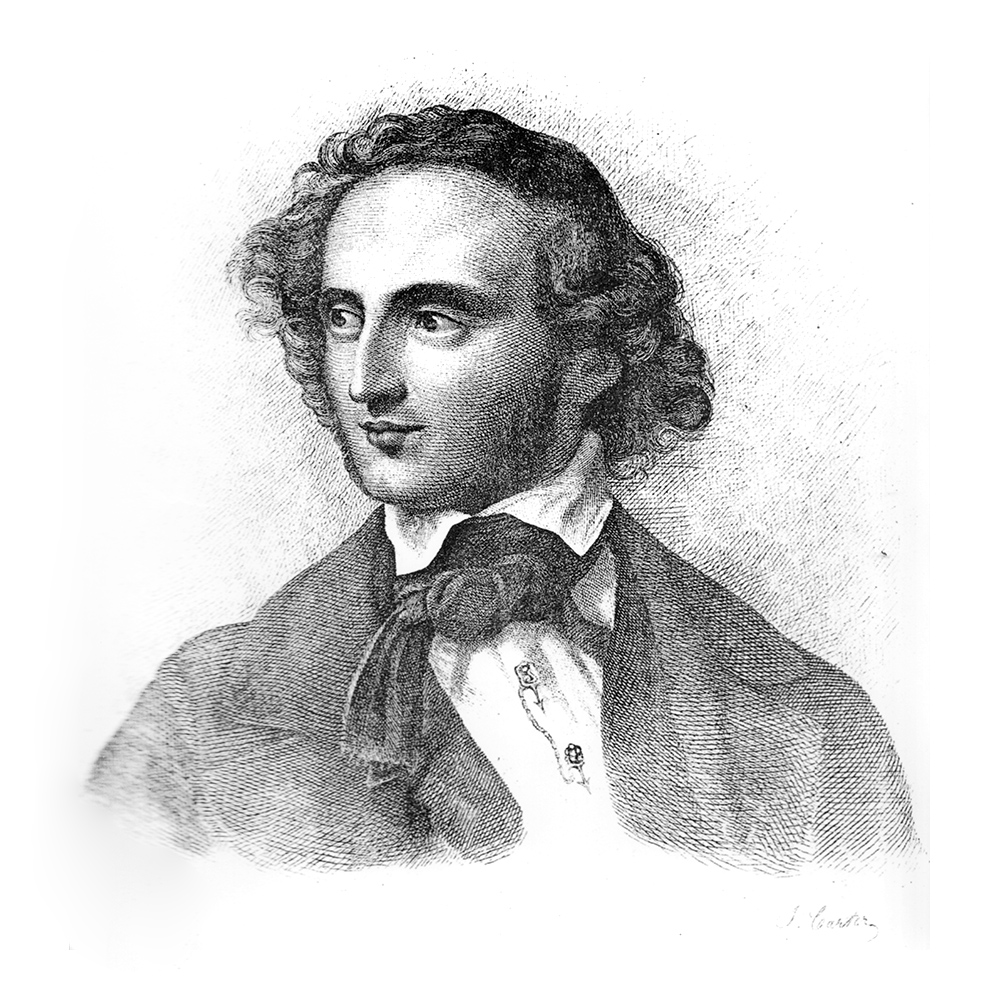 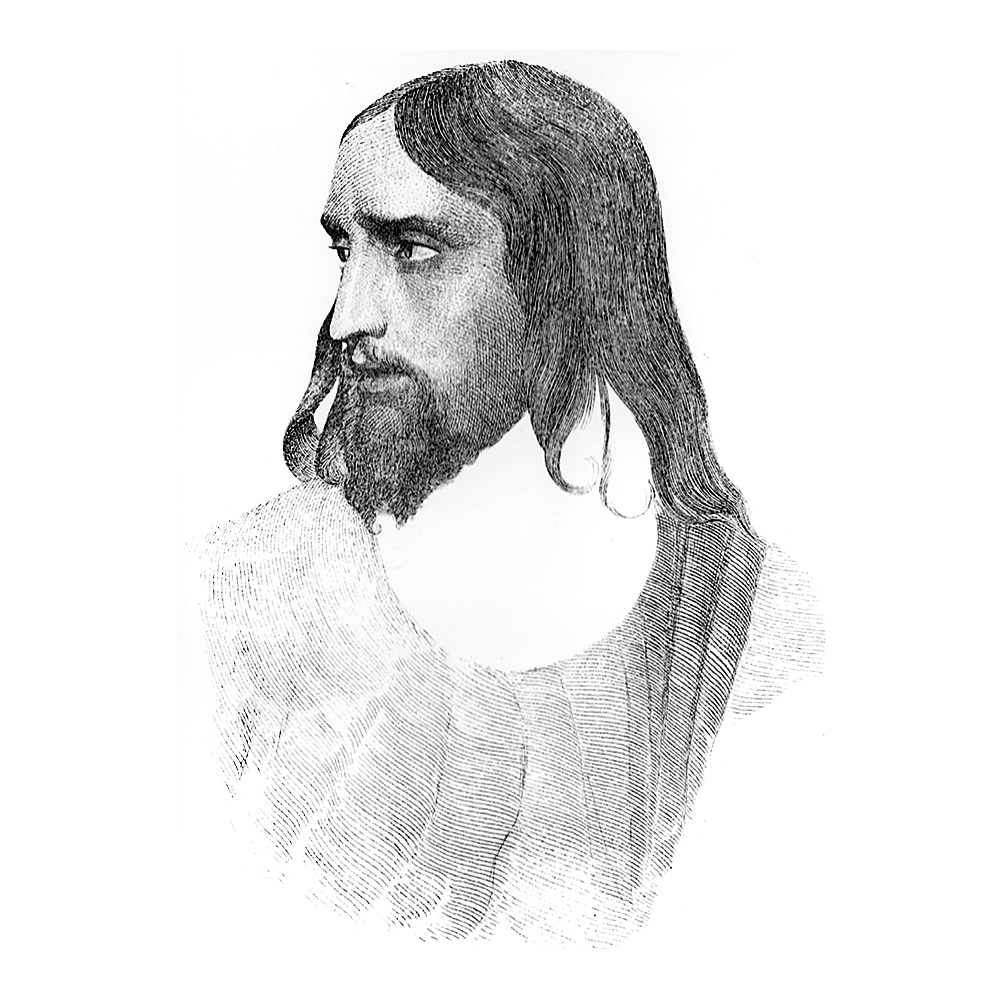