The Liberal Club and Peter’s Well 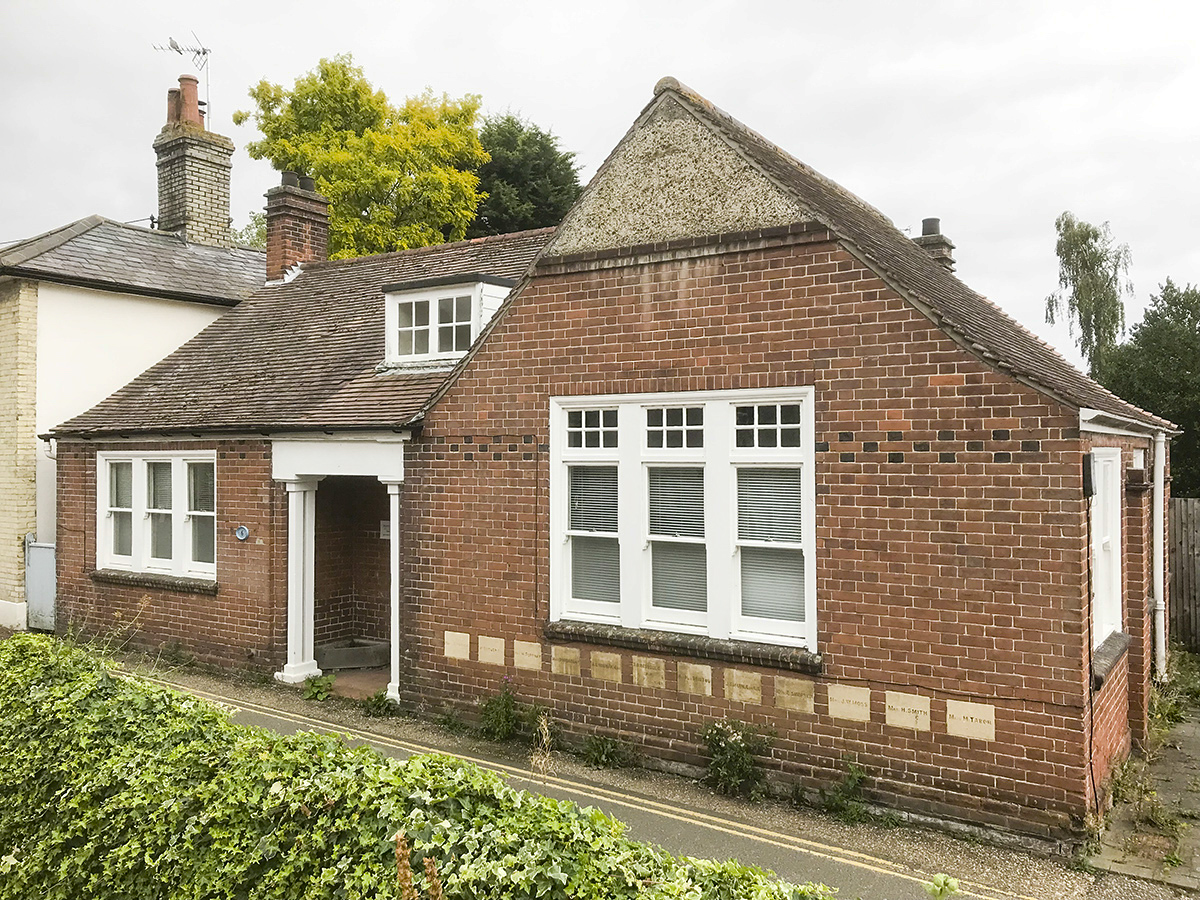 The Liberal Club was constructed in 1908 by the Coggeshall builder Walter W Jepp to the designs of Harold Judges and cost £305 – £390 including furnishings and fittings. Harold Judges was a Coggeshall man – his father had a grocery shop on Market Hill – but Harold moved to London aged 16 as an Architect’s Articled Clerk before emigrating to Canada shortly after the Liberal Club was complete.

The Liberal Club featured a billiard Room, reading rooms and a committee room. It was the first purpose-built Liberal Club in the Maldon Division and it was hoped that the building would encourage younger people to the Liberal cause.

The unusually large number of foundation stones – twelve in all – were laid on the 10th November 1908. The offer of a named foundation stone was to elicit further contributions toward the cost of the building and proved successful with an extra £50 or so raised. The  Liberal worthies commemorated are Mrs Tritton (of Lyons Hall Great Leighs), Mr T R Bethell the local MP, Mrs Simpson of Coggeshall, Mrs Portway of Halstead, Miss Doubleday of Coggeshall, Mr Walter Butler of Hatfield Peverel, Mrs A Wilkin of Tiptree, Mrs J Moss of Feering,  Mrs J Parish of Coggeshall, Miss M Tabor MA of Bocking and Mr J Smith J P of Coggeshall.

The Club was formally opened by Lady Denman on 20th October 1909. The opening speeches, given in the meeting room in the National School on the opposite side of the road, were enlivened by young supporters of the Conservative party who jeered and catcalled throughout.  The same group seemed to infiltrate most of the Liberal meetings in Coggeshall at the time and with the same tactics so were undoubtedly organised. Their candidate, Mr Fortesque Flannery, was to win the constituency and became the local MP later that same year. In 1911 the Conservatives opened their own and much larger club in Church Street which continues to this day.

The Liberals and the Conservatives were the two main political parties at the time the Liberal Club was built. The local constituency had a Liberal MP, Mr T R Bethell and a Liberal Government from 1905 until 1915. It was this Government that introduced the Old Age Pension in 1908, the year the Coggeshall Liberal Club was built. By the 1918 the Liberal Party was in decline and in the 1920s had been displaced by the Labour party as the main opposition to the Conservatives.


It is not known when Coggeshall’s Liberal Club ceased to function as a club but this was undoubtedly related to the decline of the Party it represented. The building has been used  by small businesses for some years.

Please get in touch if you can add anything to the story of this building. 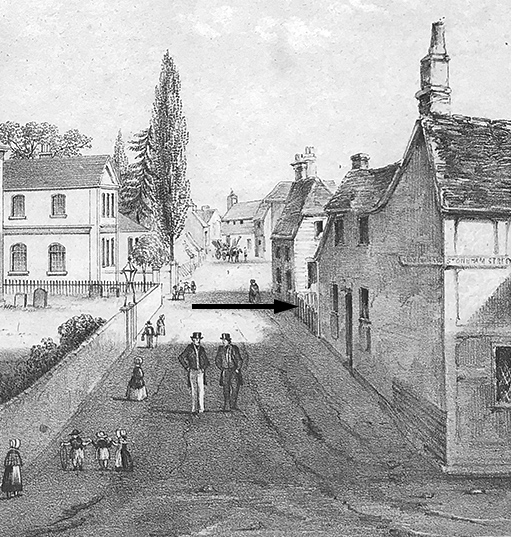 During the excavations in late September 1908 the builders made a discovery;

‘Mr Fred Crabb, while excavating for the foundations of the new Liberal Club in Queen street, Coggeshall, came across a disused well. On being opened it was found to contain several feet water, oblong shape and about large enough to put a small cottage in. Upon its side there is engraved a handsome boss, which has received the attention antiquarians.

The lithograph, left, shows a view looking down Queen Street, or Church Lane as it was then, in 1860 – and shows (marked by the arrow) the fence which protected Peter’s Well. The well may have still been in use at this time but exactly why it was so big is a bit of a mystery.


The builder had rediscovered Peter’s Well which George Beaumont mentions in his History of Coggeshall;
There is a well near the junction of Church-lane with Stoneham-street in the yard at the rear of the cottage opposite the Congregational Chapel; it is said to have been called “Peter’s Well,” and when it was repaired, about 50 years ago [c1840], a stone with what was believed to be the head St Peter carved on it, was found embedded in the steaning [an old name for the stone or brick lining of a well]. It was evidently the central boss of arched portion of church. Beneath the boss was another stone with the cross keys carved out in relief which was removed when the well was repaired. The stone with the carved head was allowed to remain till about 20 years ago [c1870] when Mr William Smith of Stoneham-street assisted in removing it. It now belongs to Mr Edward Catchpool of Feering Bury.

This is doubtless this well to which Bufton refers as follows: ‘1696 Sept; Peters Well was very well repaired by the Constables‘ and it also the well in which Joseph Dor was drowned; the fact being recorded in the Parish Register of Burials; ‘June, 1765, Joseph Dor, drowned Peter’s Well.‘ [This is an edited extract from Beaumont]