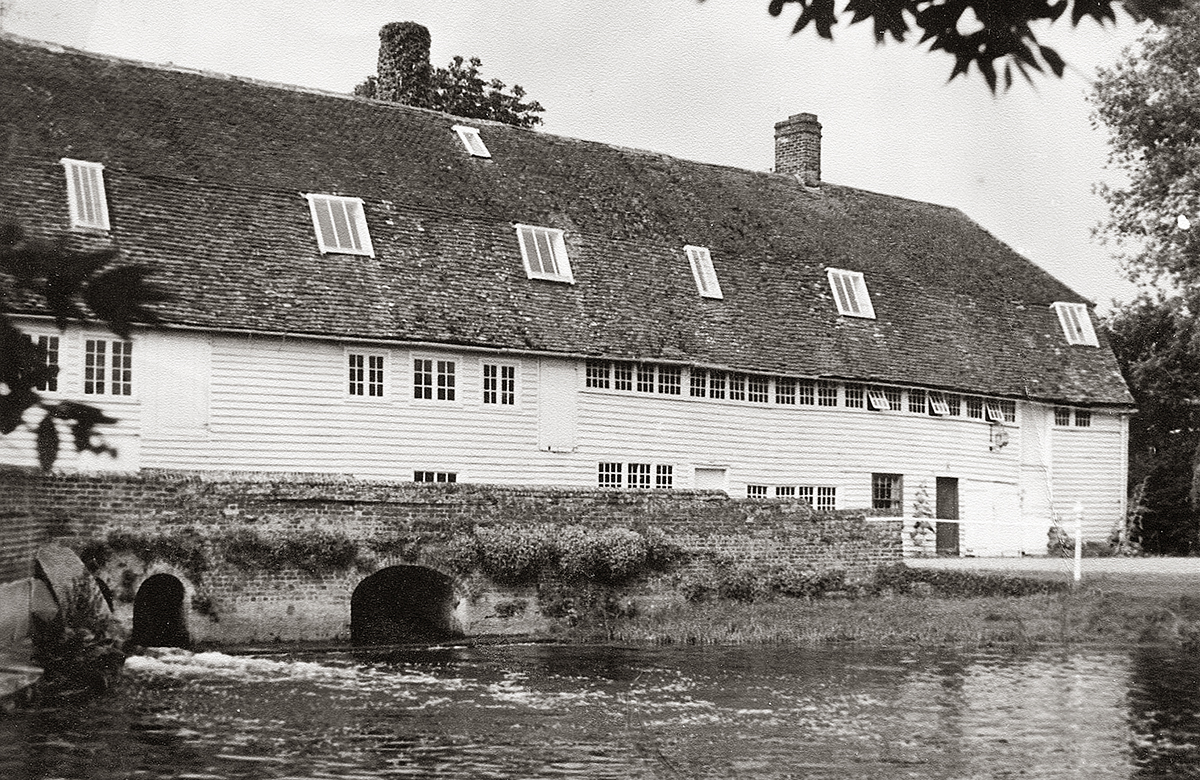 Abbey Mill where silk was manufactured

At the end of the 18th century the woollen industry had all but disappeared and Coggeshall, which had grown prosperous on the back of the trade during the previous four centuries, suddenly found itself facing economic despair. During the first years of the 19th century the situation was further compounded by unemployed weavers who had joined the army returning from the war with France to become unemployed once again. Some of the old woollen clothiers had already begun to weave silk on a small-scale basis – Johnson, the last of these, was manufacturing shalloon at “Monkwell” by 1827.

In 1818 the established Coventry firm of Sawyer & Hall set up business in Coggeshall giving employment to around 150 people. Within 10 years Hall had dissolved the partnership and was running the company by himself. He established part of his business at the Abbey mill where Italian organzine was thrown (about 5 cwts each week). Two-thirds of this was sold but the remainder was taken to his factory at The Gravel where ribbons and velvet were manufactured. 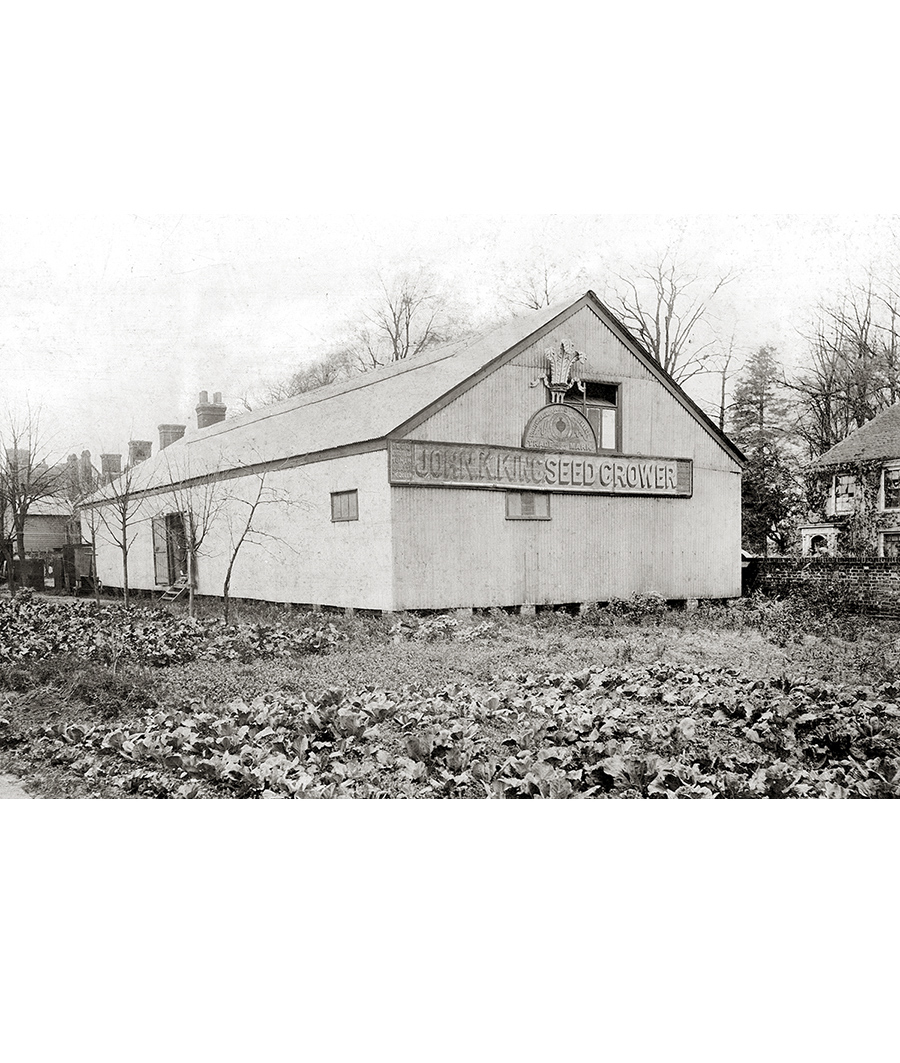 This factory, 130 ft x 24 ft in area, stands across Robin’s Brook on the south side of Hares Bridge, West Street and housed 30 rack and pinion power looms and some broad looms on the first floor which had good lighting from skylights. Hall owned a total of about 70 broad looms, the remainder of which were kept by his workers in their cottages. He also owned cottages in Crouches and Stoneham Street that he let to his weavers for 2/- (10p) per week. On the ground floor of the Gravel Factory children were employed in a silk throwing, winding silk and preparing it for the market. These children commenced work as half-timers at the age of eight years spending half a day in the factory and half a day at school.

The photo shows the Gravel Factory as it appeared much later after JK King took it over as a warehouse. King seems to have encased the building – walls and roof in corrugated sheeting. The house on the right still exists and is next to Hares Bridge on West Street.

The business must have been profitable because in 1834 Hall decided to purchase land on the opposite side of the road and build a brand-new factory on the Orchard House site. It was not completed or opened for business until 1839 but was a three-storey building with the weaving looms on the upper floor, powered entirely by steam, while downstairs throwsting and winding duties would be carried out by children. 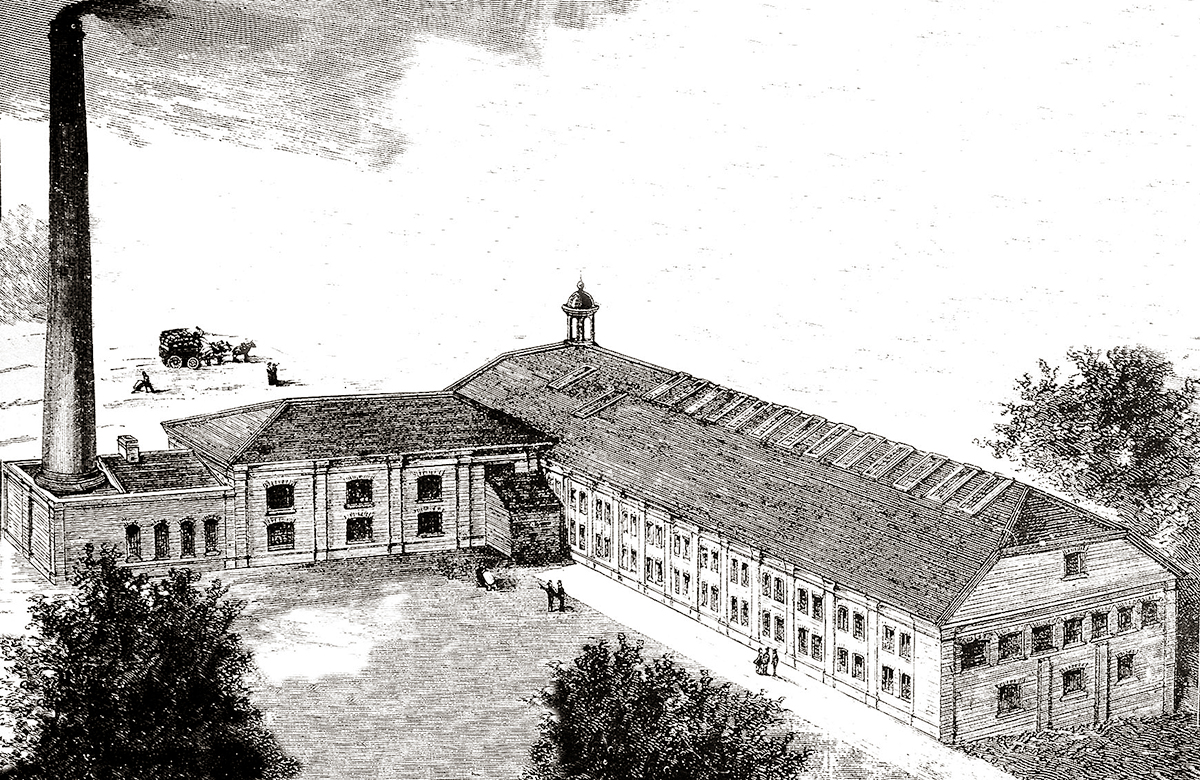 Hall became an integral part of local economic life. The 1851 Census identified him providing employment for 419 people – men, boys, and females between the ages of nine and 18, who were mostly the daughters of labourers. They would have bound themselves to John Hall for three years, working 11 hours a day, six days a week. The average wage, depending on age, was 3 shillings (15p). Although Hall was active in local politics and in church affairs, his interests were often compromised as the Vicar was trying to establish a National School. By 1855 an arrangement must have been reached as children starting work for him, aged eight, were known as “half-timers”; half their day spent in the silk mill, the other half at school.

In the 1850s from factory and cottage, the rattle and hum of five hundred looms, busy in the manufacture of velvet, was to be heard in Coggeshall. There were seven master weavers in Coggeshall in those days, as well as Mr Hall’s factory on the Gravel  their was Mr Westmacott’s on Church Street and William Beckwith who moved his business from Spitalfields in London to Back Lane in Coggeshall where wages were one third lower. Mr Goodson had his business making silk plush for hats next to the river at ‘Monkwell’ on Grange Hill. Other masters like Mr Brooks, Mr Soper Mr Spurge and Mr Walters would supply materials for weavers to work in their own homes which many weavers preferred.

The year 1860 was a watershed year for the silk industry. At a time when Hall was responsible for the employment of over 700 people and the second largest employer in the area, the Free Trade Act was passed. This allowed imports to come into the country free of duty and it was not long before cheap French silk flooded the market having a devastating effect on the local economy. The demand for English silk dried up, wages fell, workers went on strike and firms began to close. Hall ceased production in 1863, re-opened in 1865 but ownership soon passed to Stephen Brown.
In 1877 the silk production at Hall’s former premises closed for the last time and they remained empty until 1894 when they were bought by J. K. King, seed manufacturers.